This document is an extension of the article 'Rare names and portraits of crew of 122(NEI)Squadron and 17 VARWA'.

The articlebased on online research, literature and data from several persons, mainly names and specific details. It will be used as reference for articles and -parts- embedded in the 122squadron website. 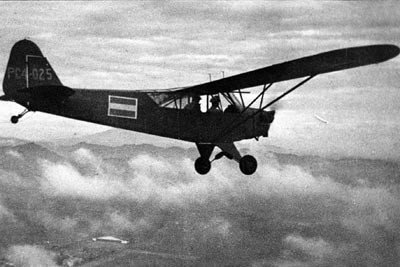 17VARWA was founded in 1946 on july the 15th and manned with ex-prisoners of war from the pre-war ML-KNIL, supplemented by public transport officers from LSK [1].

Their tasks consisted of reconnaissance for the infantry and sighting / fire control for the artillery. 17VARWA was also used for transport, connections, surveillance and postal transport [2].

The squadron was equipped with the Piper L4J Cubs and consisted of a staff and the A, B, C, D and E patrols. They would be stationed at
- 1VB Tjililitan near Batavia (A),
- 2VB Andir in Bandoeng (B),
- Tandjoeng Perak in Surabaya ('C),
- 6VB Kalibenteng in Semarang (D) and
- 4VB Sepinggan on Balikpapan (E)

For the moment 17VARWA was kept at Tjililitan [Ward]. At the end of 1946 A, B and C patrol were redirected to Sumatra. Figure 1: Piper L-4 Cub scheme 5
"This scheme differs from others because of the white wing tips. These were mounted on aircraft of 17 VARWA, so that they could be easily recognized by the pilots of the Dutch P-51 Mustang fighter aircraft".

On August 25 1946 24 Piper Cups with serials PC4-004/028 arrived in Surabaya by ship. They were bought in the Philippines [3] in june [Ward]. Five aircraft stayed with C-patrol in Surabaya. The remaining aircraft were transferred to Tjililitan.

First the A and E patrols were brought up to strength. Then B and D patrol. In addition, two Piper Cups were added to the C-patrol as these two aircraft had been given up to the Bali-Lombok Brigade aka 'Gadja Merak Brigade' [Ward]p189[1].

17 VARWA was to be stationed on Sumatra, but the planes of the new 6 ARVA, which was to take over the task on Java, were not yet there. In order to meet the demand for air reconnaissance on Sumatra, the A, B and C patrols were moved. D and E patrols remained in Java and were disbanded in 1947, after the arrival of 6 ARVA in february [Ward].

In july 1947 they had 3 Piper Cubs in Palembang, 4 at Padang and 7 at Medan. Each patrol had a reserve plane at Tjililitan [Ward]p190.

In September 1946 a detachment from ML arrived in Medan to make preperations for transfer and arrival of squadrons and crew.

The detachment was expanded in October with a few assistants, 2 air traffic controllers and a chief radio station.

This war was the largest ever fought by the Netherlands. [Merdeka]

On July 21, 1947, the Netherlands launched a military assault under the code name Operation Product. This designation indicated the assault’s main objective of securing the commercial plantations and stocks (rubber, coffee, tea, etc.) on the two most important islands (Java and Sumatra) in the archipelago in terms of political, military and economic power [5].
Due to international political considerations, the military assault was labeled a 'police action', a misleading term suggesting restricted violence and a limited scope of operation. In reality, the Dutch mobilized over one hundred thousand men, organized into three divisions, several brigades, marine units and a small air force [6] [Merdeka].

During the first 'police action', the squadron was deployed for reconnaissance over republican territory and artillery sighting. 561 sorties were flown at low altitudes. After the first police action, the occupied area was enlarged and longer distances had to be covered. That is why Genie made landing strips in the newly occupied area where the Piper Cubs could easily land and take off.

By the end of this first 'police action' on August 5 1947, seventy percent of total rubber plantation acreage in Java and around sixty percent in Sumatra were under Dutch military control [Merdeka].

On December 19, 1948, Operation Crow started. Operation Crow aimed at full control of Java and the elimination of the political and military leadership of the Republic of Indonesia. On South Sumatra, operations started according to plan on December 29, 1948, with an airborne operation in order to capture the oil fields in Jambi.TNI managed to set the oil installations on fire and slowed the Dutch advance with all sorts of roadblocks and resistance.[Merdeka]

During the second 'police action' 17 VARWA flew 359 ([Ward]: 328) sorties. After Operation Crow, a limitation of the number of flight hours was established, due to a shortage of equipment and personnel.

On January 5, 1949, Operation Crow ended at Sumatra. Airplanes dropped leaflets announcing, “The Republic of Indonesia does not exist anymore” [7]. On the international level, support for the Dutch cause was crippled by Operation Crow. [Merdeka]. 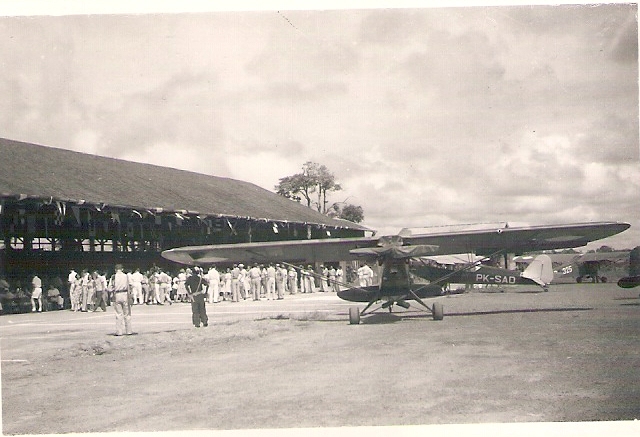 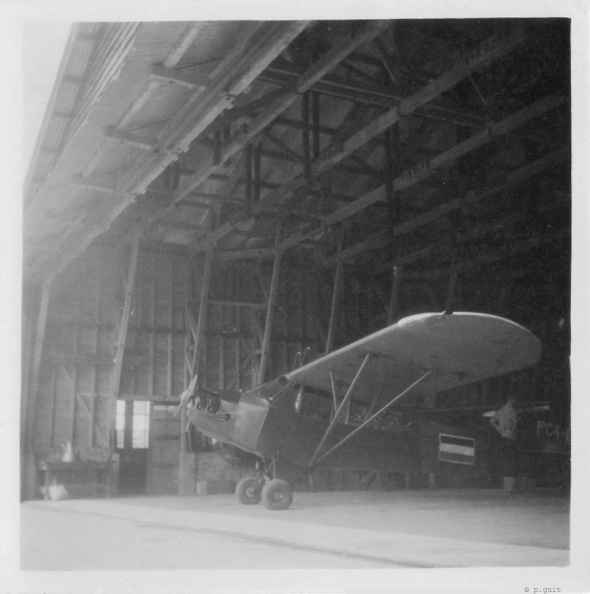 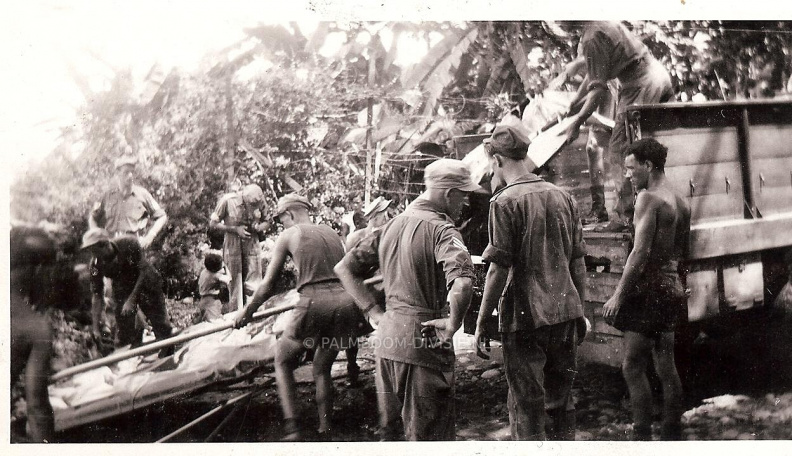 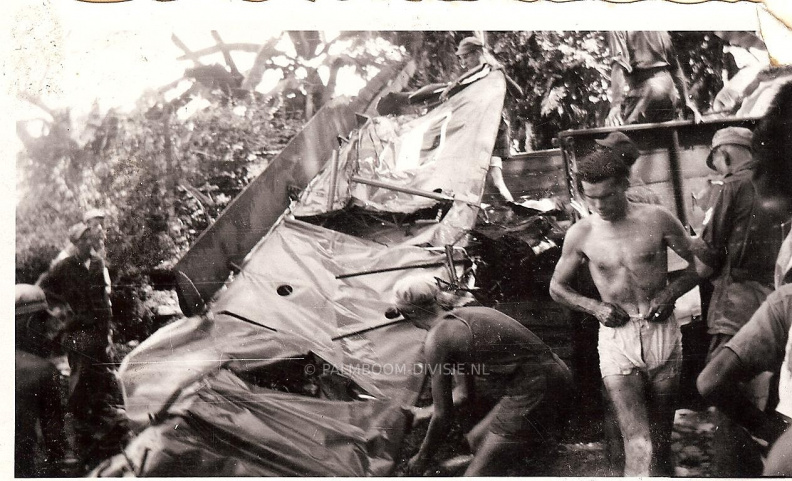 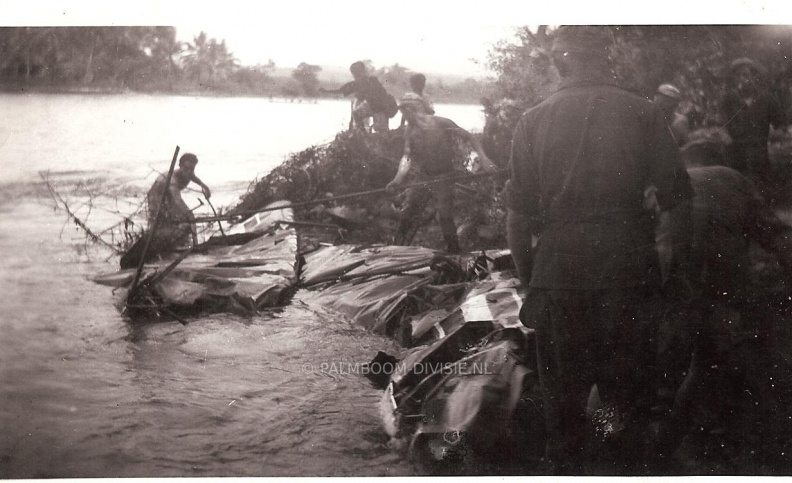 (Which crash is not known)

Database consists of 91 names. Many thanks to P. Wolf!

Appendix B: Piper Cubs of ML-KNIL

A development of the civilian Cub, the two seat L-4J flew for the first time in 1942. The ML-KNIL acquired 84 of them from US war surplus dumps in the Philippines in four batches.

The third batch of aircraft was originally purchased by the BPM [17]. However, as the company had no pilots or maintenance personnel the aircraft were loaned to the ML-KNIL for a period from July 1946 to 31 December 1946. The aircraft had civilian registrations PK-SAA to PK-SAE and were flown by the ML-KNIL with the last letter of the registration on the tail. In December 1946 the load was extended for one year but with the condition that the ML-KNIL would provide five new L-4Js from its next purchase. In the reserialing that took place in July 1947 aircraft A, B, C, D and E became R-329/333.

The final batch of aircraft was purchased in May 1947 and the aircraft were serialed as R-335/R-380 (R-334 was a Taylorcraft L-2M). In addition to these 46 aircraft, 5 replacement aircraft for the BPM were purchased, which eventually received registrations PK-SAA to PK-SAE.

In addition an unidentified aircraft was written off at Gadoet on 4 January 1949. Aircraft R-346 and R-370 were transferred to Vliegclub Batavia on 1 July 1948 as, resp., PK-SAF and PK-SAG. They were later returned to the ML-KNIL.

As stated, the BPM acquired an initial five L-4Js in July 1946 and loaned these to the ML-KNIL. Replacement aircraft were obtained in May 1947 which were allocated to the Vliegclub Batavia (PK-SAA, PK-SAB and PK-SAC) and Vliegclub Zuid Sumatra (PK-SAD and PK-SAE). Of these PK-SAB was written of at Tandjoeng Priok on an unknown date, whilst PK-SAC was written off at ? on 22 June 1948. The fate of the other aircraft is not known.

The identity of a Piper Cub in the KalijatiMuseum with R-370 is not known as ML-KNIL?s R-370 had been transferred to civilian status as PK-SAG before June 1950. although it could have been transferred to the AURI at a later date. Aircraft R-371 is displayed at the TNI-AUMuseum in Yogyakarta. Aircraft R-344 is displayed in the TNI Satriamandala museum in Jakarta. It is assumed that the latter aircraft are the actual aircraft and not some later representation.

"Medan in early 1947 was a small fortress with the airport at the far edge and on the other side, like a long intestine, the road to Belawan on the coast. This long intestine was sometimes as painful as his inflamed blind colleague. this fortress was shot obediently by people we did not like, but whose good qualities were highly praised to us by befriended nations who knew. "

'the piper cubs flew daily along the demarcation line to see if everything went according to plan. Occasionally a rifle would crackle from the ground and sometimes holes would appear in the linen of the then unspoiled Pipertjes.'

"The alang was high, the houses brown and green with dirt, crumbled walls, broken roofs and windows, snipers everywhere, hardly a safe place for our appliances, 100 by 50 meters. A great goal for our brown brothers."

"The airfield was \$3/4\$ enclosed and had to endure shelling with guns, machine guns, mortars. This was crazy. Thus: first of all rocket shooting and bomb throwing exercises on the forest edge of the runway and the famous "red house".