Many thanks to his daughter Carla who found him on pictures from the 122th crew at Medan. KNIL veteran Mr. Gerardu recognized several of his former crewmates on the photo’s, including

To have air support on Sumatra and to replace the RAF Spitfire unit stationed on Medan, 122 Sqn was established in Tjililitan on 1 November 1946. 122 Sqn had extra personnel and aircraft from 121 Sqn. Under the command of Captain Gerard Deibel, 12 P-51s of the 122 Sqn and the technical staff in a B-25, flew on November 14 1946 from Tjililitan to their Polonia base at Medan, a distance of 1390 km. Reinforcement with 5 aircraft came on 19 November.
In the B-25, a team from the technical service was under the command of adjudant C.W. Bastiaans[1].

Mr. Gerardu was involved in the squadron from te very beginning and it is likely that he was one of the crew who flew in the B-25 with my grandfather C.W. Bastiaans to Medan.

Previously P. (Tinus) Guit and Sjaak Allards (Dutch) where found on pictures. There are still missing ~200 names and pictures of 122(NEI)Sqn crew at this time. 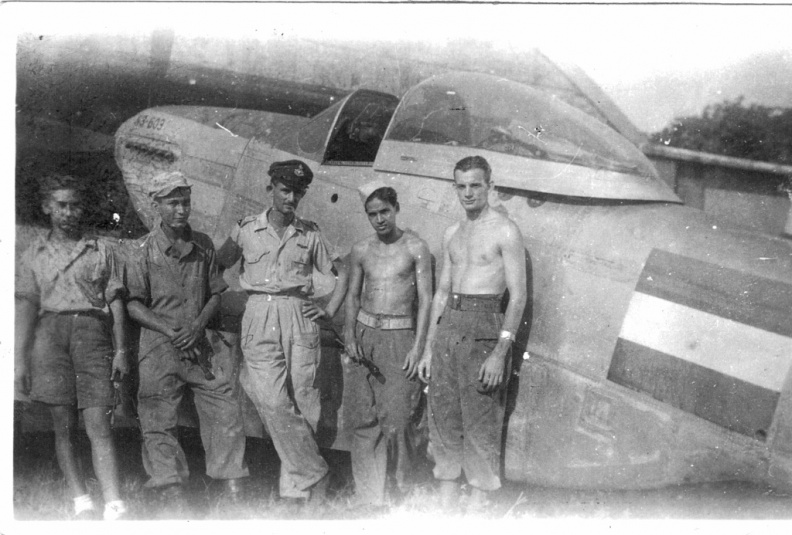 L to R: Kaldan; Corporal; Unknown (he did a lot of translation, close to being an officer, was in Australia during the war, not a pilot, but came with the planes, head of all of the mechanics); Servaas Gerardu; Dutch KNIL – unknown 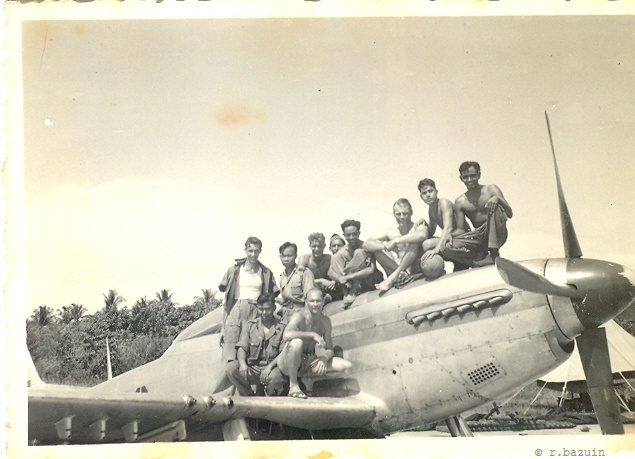 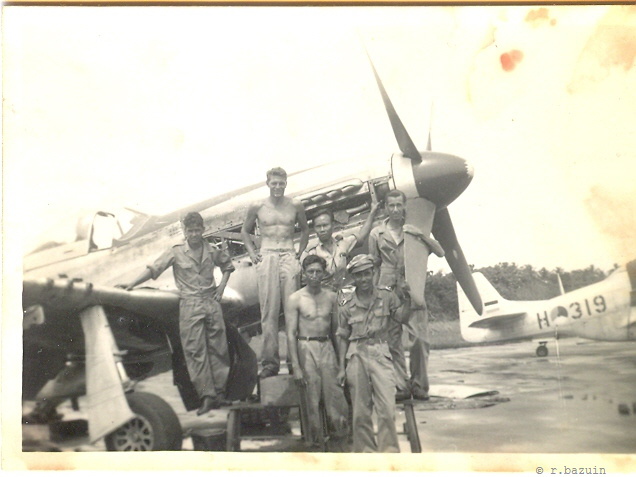 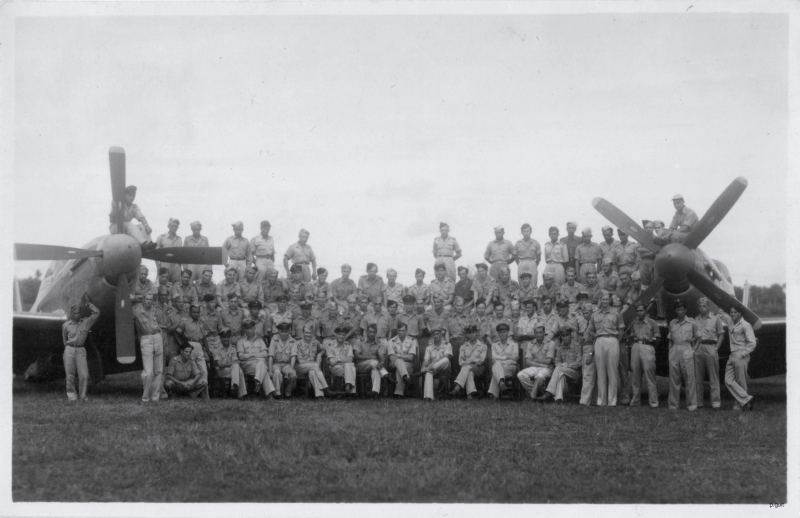 The North American Aviation P-51 Mustang is an American long-range, single-seat fighter and fighter-bomber used during World War II and the Korean War, among other conflicts.

The definitive version, the P-51D, was powered by the Packard V-1650-7, a license-built version of the Rolls-Royce Merlin 66 two-stage two-speed supercharged engine (it sound’s like this.. or try 14 P-51 Mustangs Simultaneous Engine Run and Takeoffs) and was armed with six .50 caliber (12.7 mm) M2/AN Browning machine guns[2]. The wing racks fitted to the P-51D/P-51K series were strengthened and were able to carry up to 1,000 lb (450 kg) of ordnance, although 500 lb (230 kg) bombs were the recommended maximum load. The P-51D became the most widely produced variant of the Mustang[3].

The Royal Netherlands East Indies Army Air Force received 40 P-51Ds. The delivery was in March, April and June 1945 (10x P-51K and 31x P-51D respectively). Of these 41 aircraft, 40 reached the ML-KNIL in Australia; they had the license plates N3-600 through N3-640. They were assembled at Bundaberg in Australië.

Appendix B: P-51 Mustang from ML-KNIL to AURI

On May 1, 1946, 121 Squadron was established at Tjililitan airport. This was under the command of Major Hans Maurenbrecher, the ex-commander of 120 Sqn. The first personnel of the new squadron also consisted of war veterans of 120 Sqn. The strength of 121 Sqn. was 16 P-51s, 4 of which were reserve. At the beginning of July 1946 there were 23 and 26 in October, of which 20 were ready to fly and there were only 21 pilots. The rest were in the depot [5].

The squadron took care of the relocation of personnel and equipment to Medan in October 1946 and it also handed over part of its ground staff and pilots to 122 Squadron.

When Indonesia became independent on December 27, 1949, its air arm (the Angkatan Udara Republic Indonesia, or AURI) was slated to receive two squadrons of F-51D Mustangs from the departing Dutch.

In June of 1950, the Netherlands East Indies Air Force was officially disbanded and the surviving Mustangs were transferred to the Indonesian Air Force. Indonesian Mustangs participated in several internal conflicts and remained in service with the IAF until replaced by Russian fighters in 1959[6]